Blockupy protests in Germany - May 30 , 2013 ! Youth Unemployment in europe serves as a motivator for fighting the bizarro and destructive policies imposed on the Eurozone States....Data on retail sales in Germany , Consumer spending in France and Italians jobs data - all disappointing !


For Whom The Bell Tolls

-Ernest Hemingway, "For Whom the Bell Tolls"

The European Union is leading the nations of Europe nowhere. They have sat there and languished in their own self-adoration, propped up their egos on self-congratulation and flounced recitals of praise fluffed and huffed by one politician and told to another. They have a central bank promising what cannot be delivered and they have used up all of their capital to buy the debt they have created to support the artifice. Then having mutilated the pension funds of their citizens and having pressured every money manager on the Continent they congratulate themselves on their lower yields.

"Yet the first bringer of unwelcome news hath but a losing office, and his tongue sounds ever after as a sullen bell, remembered tolling a departing friend."

They say it is improved financial sustainability; I say it is chicanery. They see a road without end; I can see the end. They congratulate themselves; I yawn as the mumbo jumbo continues. The spice must flow and so it does but they are now consuming more than is being produced and I can smell the coming storm and the signs of the forthcoming giant sandworm abound.

“When religion and politics travel in the same cart, the riders believe nothing can stand in their way. Their movements become headlong - faster and faster and faster. They put aside all thoughts of obstacles and forget the precipice does not show itself to the man in a blind rush until it's too late.”

They honey is the ability to trade with each other. The vinegar is the cauterization if anyone leaves. Germany prospers. Everyone else suffers. The unemployment rate hits 12.2% which is a concocted number far below actuality but that is what they say, that is what is believed, but our old friend reality always has a funny way of showing up when you least expect him.

In France they now have 3.26 million unemployed with two uninterrupted years of monthly rises in their unemployment rate and a 1.2% increase from March. Nearly 337,000 more people are out of work in France than there were when Hollande was elected in May 2012. Unemployment is Spain at 26.8%, some 6.2 million people out of work while the economy has shrunk -1.3% in the last two quarters. Italy's economy is projected to shrink by -1.8% this year according to the OECD while their unemployment rate hits 12%, a thirty-six year high. Besides Germany these are the pillars of the European Union and that union is crumbling.

Stick your nose up into the wind.

The stench is overwhelming.

"At the great iron gate of the churchyard he stopped and looked in. He looked up at the high tower spectrally resisting the wind, and he looked round at the white tombstones, like enough to the dead in their winding-sheets, and he counted the nine tolls of the clock-bell." 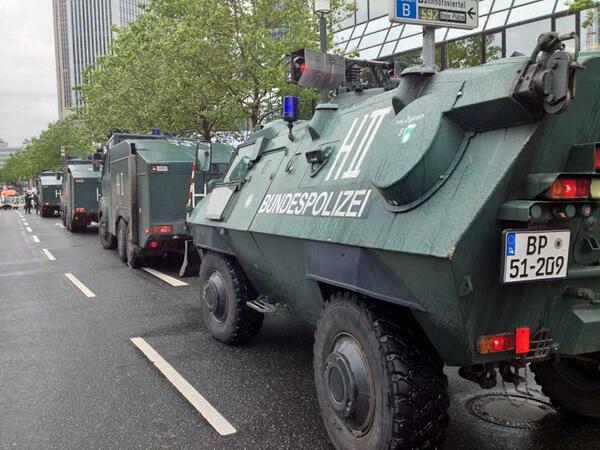 And this graph compares the eurozone unemployment rate, now at a record high of 12.2%, to other major economies:

This graph shows how Europe's youth unemployment levels have steadily risen since the crisis began, but were already high in some countries.
Posted by Unknown at 7:15 AM