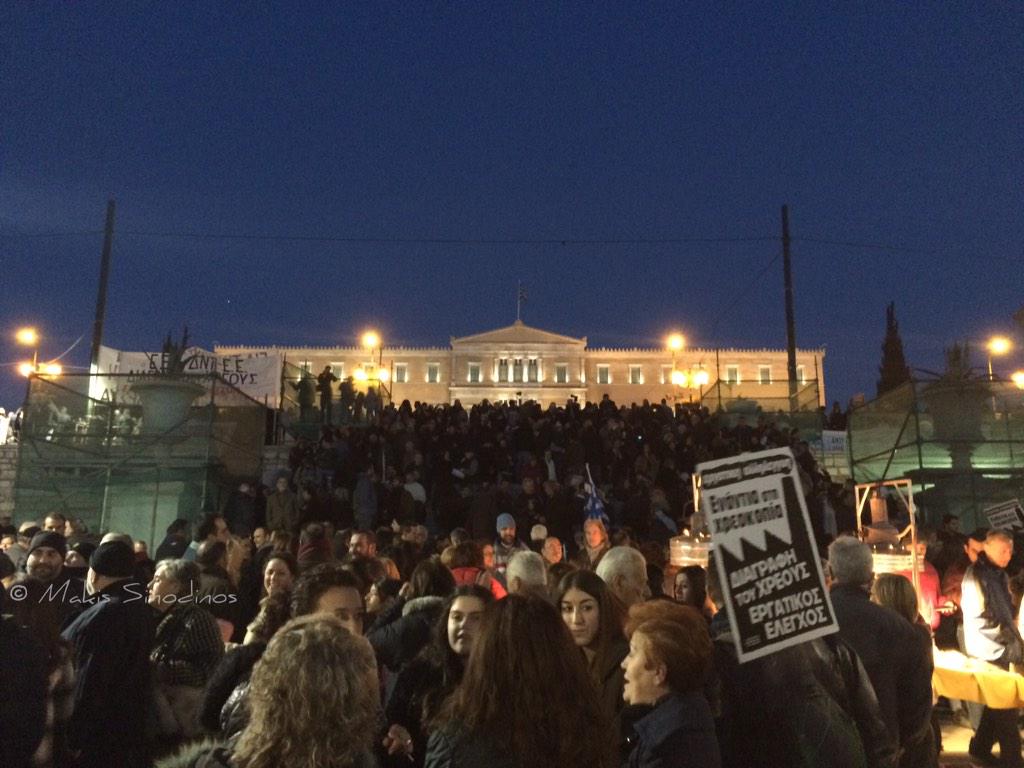 3 minutes ago
Amsterdam against austerity and with Greece RT @pmfs: #dam feels like #syntagma #austerity "

6 minutes ago
Strong solidarity for #Greece in Trafalgar Square #London! The sun is shining on this energy! #LetGreeceBreathe 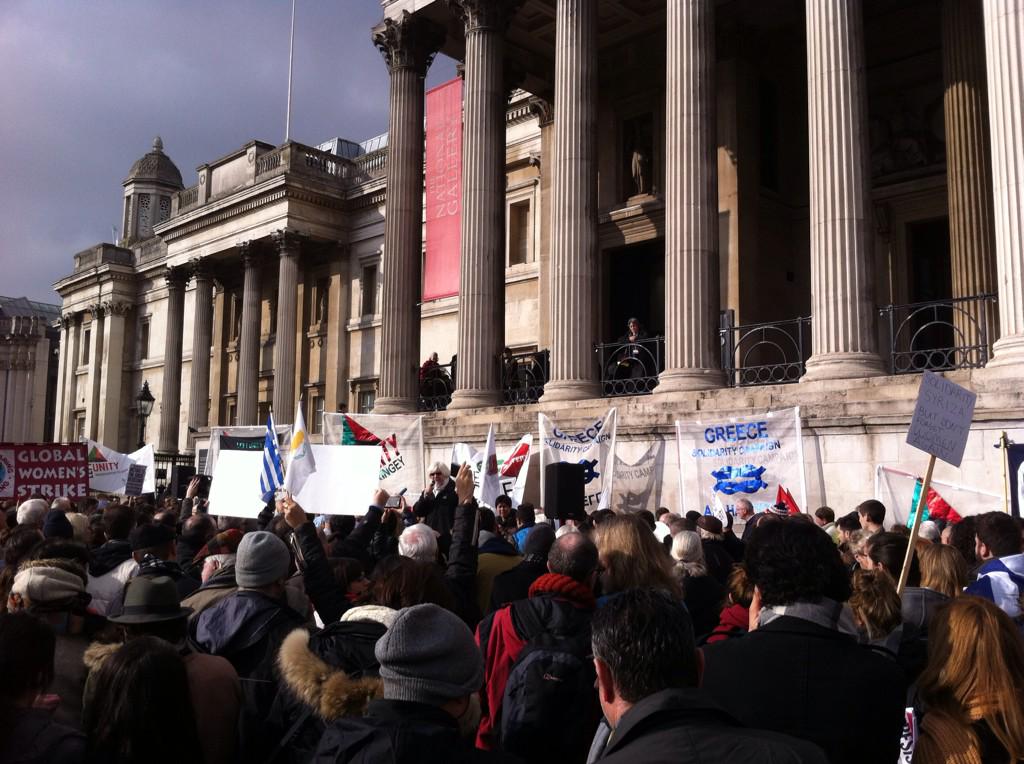 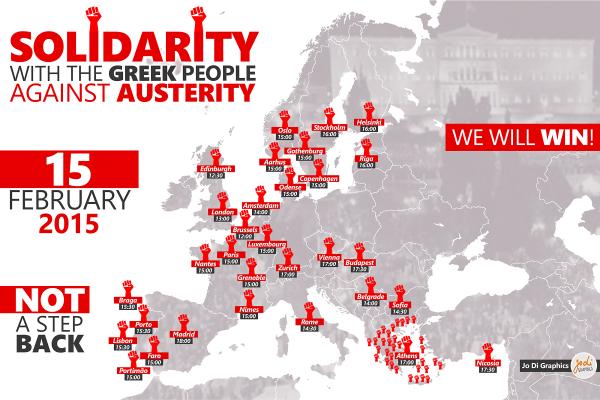 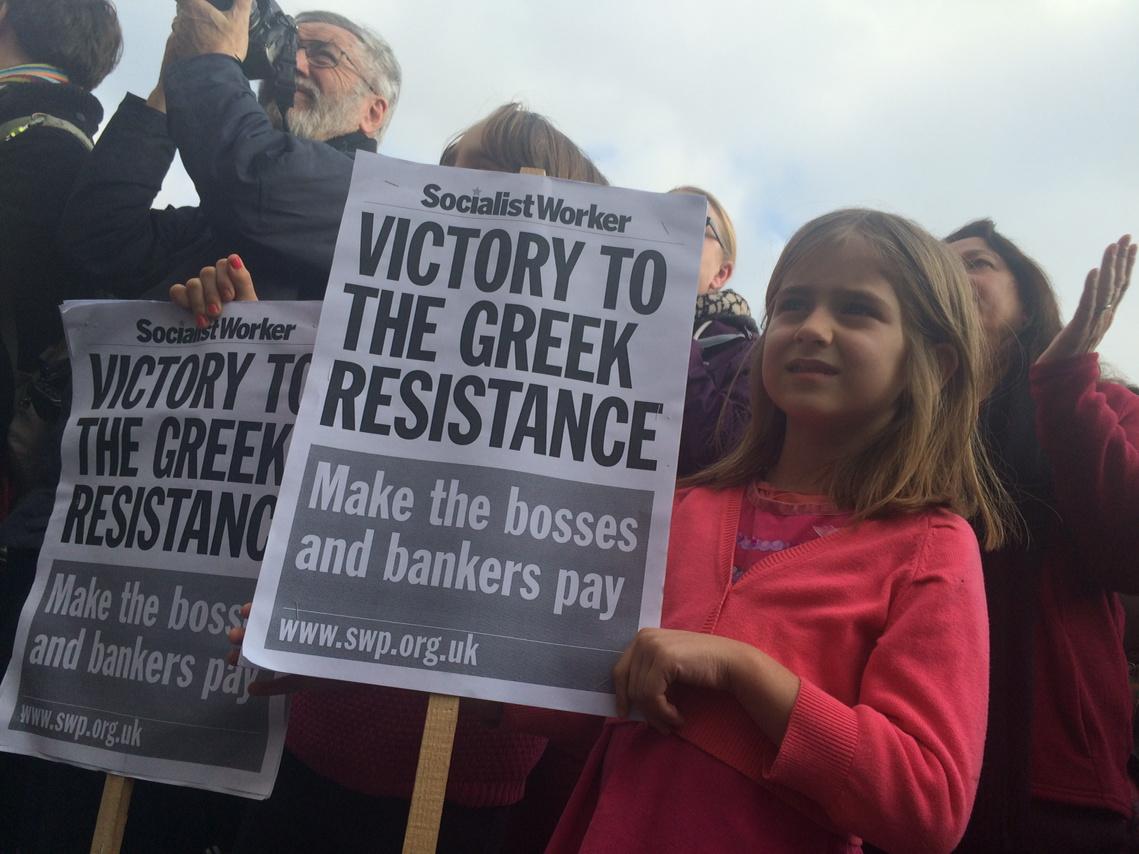 Greece confident ahead of EU meeting, but sticking to its no-auster...

Greece said on Sunday it was confident of reaching agreement in negotiations with its euro zone partners but reiterated it would not accept harsh austerity strings in any debt pact. A day before a
View on web

Who is it who really needs to reform?


2 minutes ago
Greece is Playing to Lose by Anatole Kaletsky - Project Syndicate http://bit.ly/17BA7yS


In reply to The Economist

1 minute ago
RT @TheEconomist: Unless Syriza changes course, Greece is inexorably heading out of the euro http://econ.st/1vIZUzY 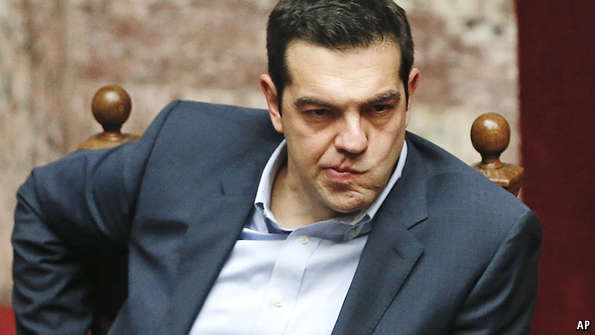 Greek FinMin: There is No Plan B, Only Armageddon http://greece.greekreporter.com/2015/02/14/greek-finmin-theres-no-plan-b-only-armageddon/ … via @Greece.GreekReporter.com Latest News from Greece

Eichengreen warns of a #Grexit. Greek exit from the Euro may have devastating consequences like bank runs. http://www.welt.de/wirtschaft/article137459604/Oekonom-fuerchtet-nach-Grexit-einen-Bank-Run-in-Europa.html … via @welt

Most likely outcome Monday: A typical Euro fudge formula that the creditors will call 'extension' &the Greek govt will call 'transformation'

I think the Greek govt is aware they can't get throu March w/out funding frm Eurozone & the IMF. They can't afford to miss pensions payments

And the Eurogroup is aware that the Greek gov't is in urgent need of funding. Time is of the essence

20 hours agoAttica, Greece
In what way, is the Greece's ex-PM A. Samaras siding against Greek govt in debt talks a good thing? http://www.keeptalkinggreece.com/2015/02/13/epp-calls-on-tsipras-to-stick-to-samaras-commitments-triggers-angry-reactions-by-nd-politicians/ …